This is Part 3 of a six part series on choosing a 401k plan advisor?

Are we calling a spade, a spade?

In writing, and in clear unequivocal language, do you assume fiduciary responsibility under ERISA as either an ERISA 402(a) Named Fiduciary or ERISA 3(38) Investment Manager?

ERISA and subsequent case law provide for the use of independent experts as well as fiduciary delegation. While there are several respected professional designations, not all of these designees are independent or experts. Moreover, the 401k marketing materials of many service providers mislead plan sponsors into believing their service provider is acting in the plan sponsors best interest or as a true fiduciary.

Ensure that your service provider has “skin in the game” and agrees in unequivocal language, and in writing, that they are assuming true ERISA fiduciary status as an ERISA 402(a) Named Fiduciary or ERISA 3(38) Investment Manager.

These two types of fiduciary delegation alleviate the plan sponsor of the lion’s share of potential fiduciary liability; however, it’s caveat emptor if a service provider claims to act as an ERISA 3(21) fiduciary. An ERISA 3(21) fiduciary comes in two flavors often times described as “full-scope” or “limited scope.” A full scope 3(21) is akin to an ERISA 402(a) Named Fiduciary. Phantom Fiduciaries, who often claim to act as “Co-Fiduciaries,” fall under the 3(21) “limited-scope” category; specifically ERISA 3(21)(a). While there are genuine independent experts who assume 3(21)(a) status, a 3(21)(a) accepts no discretionary authority and therefore, does not alleviate you of any potential fiduciary liability. Genuine independent experts will typically work for a fee only; be cautious of independent experts who sell 401k products.

The key concern here is that many phantom fiduciaries claim to assume 3(21) status either verbally or in their marketing material as if it provided some level of protection. Several of these phantom fiduciaries team-up with well-known Wall Street names to offer fiduciary service programs or fiduciary assurance programs at no additional cost!  And we all know the value of those services we get for free.

In my next post we’ll start to take a look at why plan sponsors must maintain a caveat emptor attitude.

Other posts from Mark Mensack 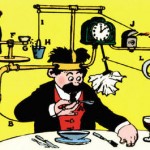 How would you feel if after buying a new car you discovered you paid too much? Odds are... 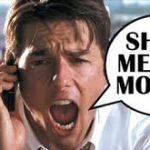 Show me the money!

This is the final installment of a six part series on choosing a 401k plan advisor. What fees and expenses... 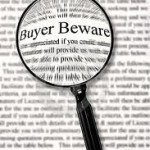 This is Part 5 of a six part series on choosing a 401k plan advisor. While many nationally recognized...