A recent study provided a list of various things that one could buy with the $33 billion dollars in fines that have been assessed against broker-dealer JP Morgan over the past two-and-a-half years alone. A review of both the SEC’s and FINRA’s enforcement actions and fines clearly indicate that unethical activity on Wall Street and by the investment industry as a whole continue unabated without the protection of a universal fiduciary standard.

In light of this information, the question, still unanswered by both the SEC and Congress – “What is so onerous and unfair about requiring that anyone providing investment advice to the public must always put their customer’s best interests ahead of their own financial interest?” Since neither the SEC or Congress appears willing to provide an honest answer to the question, perhaps the SEC should review the court’s decision in SEC v. Capital Gains Research Bureau, Inc.

While the Capital Gains decision did not involve the universal fiduciary standard question as such, the case did involve the issue of protecting the public against instances of investment professionals putting their interests ahead of their customers. In assessing the need for protecting the public, the court stated that choosing to protect the public, “while not onerous to the adviser, is needed to preserve the climate of fair dealing which is so essential to maintain public confidence in the security industry and to preserve the economic health of the country.”

Allowing stock brokers and other financial advisors to put their own financial interests ahead of their customers certainly does not promote the promise of fair dealing or increase the public’s confidence in the security industry. Adoption of a universal fiduciary standard requiring that stock brokers and other financial advisors must always put their customer’s best interests first would.

So again, the still unanswered question for the SEC, Congress and all of the opponents of a universal fiduciary standard – “What is so onerous and unfair about requiring that anyone providing investment advice to the public must always put their customer’s best interests ahead of their own financial interest?”

As the late General Norman Schwarzkopf once said – “The truth is that we always know the right thing to do. The hard part is doing it.” Here’s hoping that the SEC and Congress step up and do the right thing and protect the public. 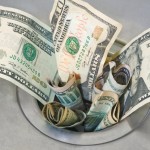 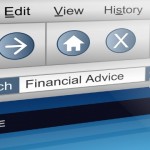 Securities law is a very specialized type of law. As a result, regulatory bodies such as the Securities...

One response to “Post-JP Morgan – Still Believe a Universal Fiduciary Standard Not Needed?”