“Compound interest is the eighth wonder of the world. He who understands it, earns it … he who doesn’t … pays it.”     Albert Einstein

Renowned physicist Albert Einstein when asked what he considered to be the most powerful force in the universe answered: Compound interest!

Benjamin Franklin provides us with an actual rather than a hypothetical case. When Franklin died in 1790, he left a gift of about $2,000 to each of his two favorite cities, Boston and Philadelphia. He stipulated that the money was to be invested and could be paid out at two specific dates, the first 100 years and then 200 years after the date of the gift. In 1894, at the end of the first 100 years, the Boston fund had been used as instructed and had grown to $391,000. In the following century the bulk of the proceeds were used to fund public works in Boston. In 1905, $322,490 was used to establish the Franklin Union, a technical school. The remainder of the funds continued to be loaned out for apprentice programs and scholarships. In 1990, the end of the second century, Franklin’s Boston endowment was worth more than $5,000,000 and the Philadelphia fund about half that. In both cities Franklin’s endowment has been used to help thousands of young people and has served as an enduring testament to philanthropy and community service.1 Franklin’s example teaches all of us, in a dramatic way, the power of compounding. As Franklin himself liked to describe the benefits of compounding,

Oftentimes a company’s board of directors shares the profits of the company with the share owners and declares a dividend. This is expressed as a dollar amount per share, not a percentage of the stock price. An investor can choose to simply pocket the dividend, or take another option: understanding Mr. Franklin they could reinvest any dividends.

A compounding effect occurs when an investor reinvests the dividend by buying more of the company shares.  Those shares pay their own dividends which can be used to buy more shares, and so forth. An owner of a dividend paying stock or mutual fund shares the profits of the company, not to be confused with interest. Dividends are never guaranteed and the compounding effect created by reinvesting them carries more risk and is different than compound interest.

Around the time Einstein was born in 1897, before he declared compound interest to be the most powerful force in the universe, the ten year US treasury rates were 4.22%2,3 Today they are 2.34%. Today Albert might have also mentioned the possible compounding effect of reinvesting dividends, as described above paid by some of the best companies on the planet!

Financial advisors understand the options available through your company retirement programs, as well as other options. Once they understand your financial situation and goals, they can find a suitable option that helps you invest according to your investment objectives and tolerance for risk.  An advisor can offer tailored advice based on a client’s comfort in investing, ultimate monetary goals, and time allotted to accrue wealth.

Whether you have a dollar or a million dollars in your retirement account you will be able to explore the value of a real advisor simply by visiting the Self Directed Brokerage Account advisor contact site. From this site you can begin to take advantage of the features of your retirement plan.  If you wish you can also download a fact finder sheet that can be used to create your personal retirement financial plan.

Content provided for information only. It is not meant to be a recommendation to buy or to sell securities nor an offer to buy or sell securities. Past performance is no guarantee of future results. Any rates of return shown are for illustrative purposes only and are neither guaranteed nor implied.  Actual rates of return will be based upon the actual performance of selected investments. Taxes and fees are not a consideration in the illustrated returns.

Other posts from Rick Willoughby 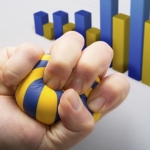 There’s a lot to consider when it comes to retirement investing. Some worries that may arise include how... 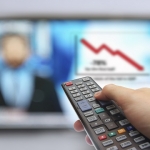 How is Free Financial Advice Unsuitable?

We’re lucky to live in the information era. Anything we want to know is at our fingertips via... 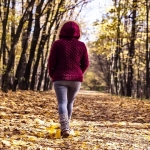 Better Save for Retirement with The Whole Picture

When it comes to financial planning, especially for retirement, many people only see what they have saved and...