Home > Retirement > Why Retirement Plans Need to be Separated from Employment

Why Retirement Plans Need to be Separated from Employment

In light of the Hobby Lobby decision and the discussion of employer benefits, it seems appropriate to address the merits of employer provided retirement plans.  When I have broached the idea of separating retirement plans from employment, the common response I receive is employees won’t be able to save on their own.  Putting aside the idea that treating people like children becomes a self-fulfilling prophecy, there is no reason to think that people wouldn’t save for retirement on their own.  Were people incapable of saving before their retirement savings were tied to their employer?  If people can still feed themselves without their employers providing food, can’t they also figure out how to retire?

Those who make their living from the retirement plan industry tend to think they can’t, which is one reason why I’ve argued the industry is a racket.  These same “experts” also tout the value of tax-deferred savings, but ignore the evidence that excessive retirement plan fees often nullify their tax-deferred advantage.  Consequently, many retirement plan participants would actually be better off with the liquidity advantage and superior investment choices that taxable accounts provide.

But what about the employer match?  Why would anyone want to forgo this benefit?  The answer is that while people should take advantage of the match, they shouldn’t necessarily contribute any more for the reasons stated above.  The larger issue, however, is that the match is in lieu of salary, not in addition.  For this reason, responsible savers are forced to sacrifice liquidity and investment quality in order to line the pockets of experts who “serve” the industry.

Furthermore, retirement plans put a significant burden on businesses, especially small businesses that lack the resources to sufficiently understand how these plans work, what they are paying for, and how much they are actually paying.  Having spoken to thousands of retirement plan sponsors, I can attest that they are all still thoroughly confused in spite of the new disclosure rules to promote transparency.  Imagine how much more productive these businesses would be if they no longer bore this responsibility.

A true financial advisor should not necessarily be advising businesses on how to improve their retirement plans, but rather question if they need a plan at all.  Congress increasing IRA contribution limits to the same level as 401(k) plans would at least be a step in the right direction.

Other posts from Paul Sippil 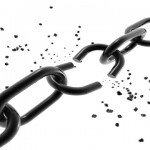 Retirement Plans and Employment – The Separation

In my previous article, Why Retirement Plans Need to be Separated from Employment,  I suggested that Congress increase the...