Retirement Plans and Employment – The Separation

First, the amount of revenue sharing built into the cost of a mutual fund depends on the average participant account balance.  Because smaller plans (which comprise the vast majority of total retirement plans) have lower average participant account balances, plan participants are forced to pay a greater percentage of revenue sharing which increases the likelihood that they could have purchased the same funds in an IRA at a lower cost.  Second, the Vanguard Total Stock Market index fund, for example, is available at the same price for individual investors and group retirement plan investors.  Granted, this fund can be purchased at a lower price at a certain asset level, but this price break doesn’t come into play for most retirement plans.  While there is no revenue sharing built into this fund, there is often an asset charge added on which represents record keeping, administration, custodial, and advisory fees – fees that do not apply to individual investors (the advisory fees could apply, but at least individual investors have a choice).

An honest assessment would be that sometimes mutual funds can be purchased at a lower cost in a group retirement plan depending on how the plan is set up (i.e. if the employer decides to pay for all or some of the costs), the size of the plan, and the mutual fund itself, as some mutual funds in a revenue sharing based plan pay no revenue sharing, thus, allowing participants to avoid the additional service fees.

The problem is that every provider has some kind of agenda with the common goal being to increase participation in a system that is rigged against those who participate in it.  Rather than striving for reform of the system, it would be better if people just walked away from it.

Other posts from Paul Sippil 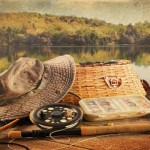 Why Retirement Plans Need to be Separated from Employment

In light of the Hobby Lobby decision and the discussion of employer benefits, it seems appropriate to address...