Planning to Retire Early? – Learn about a 72t Distribution If you are looking to retire before age 59.5 and need to access your money in your IRA’s you can do so by electing the 72t distribution, also known as a Series of Substantially Equal Periodic Payments. Once you start the payments, you have to keep it going for the longer of five years or until you reach age 59.5.  This will make it so you don’t have to pay the 10% penalty on that money coming out.

There are 3 methods to calculate the amount that you are allowed to withdraw penalty free – amortization, annuitization, and life expectancy.  Each method is based upon the balance of the IRA account, the monthly interest rate that the IRS sets and your age.  The first 2 are fixed payments and typically allow for higher value of withdrawal.  The life expectancy option allows the payment to go up and down with your age and the value of your account.  For example, if you chose amortization which is fixed and then we had a down market, you are still forced to withdraw the same large amount vs. life expectancy which would lower the amount you have to withdraw.

You are allowed to make one change from the fixed option to life expectancy during the period of the 72t but you can’t add, subtract or make any changes to that IRA or it will cancel the 72t and you will get charged the 10% early withdrawal penalty for all previous distributions.

At the end of the year you will get a 1099R that shows an early withdrawal.   You will give this to your CPA and they will complete a form 5329 to request an exception to the penalty based on the 72t election.

Some planning techniques for retiring before age 59.5 include:

•        Determining the monthly amount that you need and use a reverse calculator to determine the amount you need to have in that IRA to create that specific payment. You would then transfer that amount to a different IRA and just do the 72t on that specific IRA.

•        Look into your Roth assets to use to supplement income until you reach age 59.5. You can take the amount you personally contributed tax and penalty free.

•        If you are close to retirement, for example, age 58 you may want to just eat the penalty if you only need money for a short term fix.

Should I Participate in a 401(k) Without a Match?
12 Reasons Why Workers Aged 65 and Older Haven’t Retired Yet

Other posts from Deanna LaRue 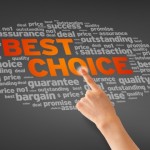 How to Determine which Financial Planner to Pick

I find that many people have anxiety about approaching retirement.  This can be eliminated by creating a financial... 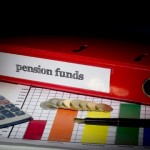 When you are ready to start receiving your pension benefits, which can often be as early as age...

One response to “Planning to Retire Early? – Learn about a 72t Distribution”