Home > Retirement > Do You Want to Retire to a “Happy” Country?

Do You Want to Retire to a “Happy” Country?

Retirement is habitually pictured and presented as a happy time in our lives.  The phrase “the golden years” evokes images of carefree retirees golfing under blue skies or walking along the beach enjoying their newly found free time.  I doubt if many of us visualize happy retirees wearing parkas and trudging through slushy streets. Most of us tend to associate a happy retirement with either moving to or vacationing in a sunny climate, certainly not retiring in colder, northern Scandinavian countries where the sun may not even rise for three months during the year.

However, when the United Nations (UN) ranked the 10 happiest countries in the world, 8 out of 10 were located in higher latitudes in the Northern Hemisphere, and five were in Scandinavia.  Sweden was ranked #10 and Denmark was #1. (Sweden, by the way, is the best country in which to grow old).  The two exceptions to the colder climates were Australia and New Zealand. The United States ranked 13th overall.

What makes these countries happy is multi-factorial (and blue skies don’t seem to matter). The UN considered countries based on dynamics such as equality, per capita GDP, social support, life expectancy, perceptions of corruption, individual liberties and how citizens rate their own lives within their home country. Many of the top 10 share certain traits like generous social benefits including health care and education.  The countries also are electoral democracies where civil rights are abundant and revered.  Other traits are small populations and ethnic homogeneity.

Some economists think “happy” is too touchy-feely to define, so the Legatum Institute, a London-based nonpartisan think tank, set out to rank the happiest countries in the world through the creation of a prosperity index. Each country is ranked on 89 variables sorted into eight subsections: economy, entrepreneurship, governance, education, health, safety, personal freedom and social capital. And once again the Scandinavian countries of Denmark, Finland and Sweden led the pack equally with Switzerland and the Netherlands close behind.

In addition to reasons previous stated, the Legatum research found another important “happiness” factor which is key:  the fostering of entrepreneurship and opportunity. Legatum’s researchers concluded that a country’s ranking in this area is the clearest proxy of its overall ranking in the index. This translates to low business startup costs, lots of cellphones, plenty of secure internet servers, a history of high R&D spending and the perception that working hard gets you ahead. Wow! To me, these countries sound like a Bernie Sander’s pipe dream.

Good luck, though, if you want to retire to any of these “happy” cold climate countries. Most are homogeneous and discourage immigration because they don’t want to pay healthcare for older U.S. retirees. I know this because I had a retired client whose daughter and son-in-law moved to Australia, one of the happiest countries. My client wanted to move with them but could not because Australia did not want to pick up her healthcare tab.

Regardless if you live in a cold climate country or warm climate country, we know our happiness is much more than our day-to-day weather or having prosperity.  In my profession, I’ve seen people with a lot of money live in lack and people with little money live in abundance.  Happiness is ultimately about enjoying good health.  After all, “health is wealth.” It’s having independence and being able to take care of yourself.  I think we’d all agree, though, whether we’re donning snow boots or flip flops today, that happiness is as simple as having good times with your friends and family.  In my next blog, I will discuss countries which welcome American retirees.  Hint:  the weather is warmer, and your dollar will stretch further! 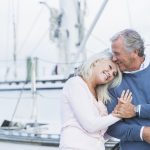 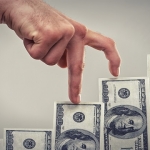