Defined Benefit Plans – Know the Risks to Pensioners and Taxpayers Pension Funds continue to be victimized at an alarming rate. Whether it is by brokerage firms selling them inappropriate products or “consultants” giving them self-serving and costly advice, the damage to corporations, communities and taxpayers is rampant.

We see a variety of abuses all of which add to the misery of unsuspecting corporate funds and those designed to support local government retirees across the country.

The abuse often starts in the place pensions would least suspect. The consultants they hire to protect them from predators and their own shortcomings in financial matters are often putting the consultants’ interest ahead of what is best for the pensions. The consultants are hired to serve as a “gatekeeper” charged with selecting the managers who are awarded lucrative contracts to manage the funds’ investment portfolios.

The consultants also put into their contracts agreements to receive fees for the performance of special projects such as conducting searches for money managers and analytical studies of past performance. Despite regulatory pressure consultants are still finding ways to dip into the pensions’ pockets for fees or commissions resulting directly or indirectly from the sale of securities.

Most public funds are defined benefit plans. This means that the public body is obligated to pay beneficiaries whether or not earnings are sufficient to make the payments. Any shortfall has to be made up by one of two painful options, either raising taxes and increasing fees or by reducing benefits and services. This means taxpayers are on the hook without realizing or being informed about their liability because reducing benefit payments to retirees is not an option.

Most corporate plans differ in that they are defined contribution plans. In these situations, as many have found out in recessionary times, the risk falls to the beneficiaries who, like taxpayers, generally have no idea that the future payment stream may well cease to exist.

While examples of abuse are rampant, one of the most obvious is that consultants still regularly place their clients’ funds with active fund managers rather than those managers who attempt to follow indexes, commonly known as passive funds. While a growing number of pensions have shifted from active to passive managers, the number of dollars being shifted is nowhere near what it should be given performance comparisons between active and passive funds in both equities and fixed income products.

At a time when fixed income rates are at historic lows, many managers have also sought to increase yields by placing pension fund dollars in highly illiquid and risky alternative investments. In many cases, the consultants, as well as the brokerage firms, have a profit motive in pushing these kinds of products to the detriment of the pension funds. One of the most dangerous justifications for both over-concentration in equities and the selection of questionable alternative investments has been the necessity of achieving unrealistic yields, which were a part of highly-inaccurate actuarial studies done by consulting firms.

Pensioners and taxpayers need to be on alert and demand answers to hard questions about where their pension dollars and their future tax exposure are going.

To learn more about Dale Ledbetter, visit his website at www.dlsecuritieslaw.com.

Other posts from Dale Ledbetter 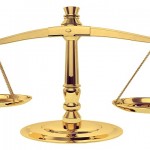 Getting Justice for Seniors

Every state has passed some form of legislation protecting seniors from financial exploitation in addition to any type of... 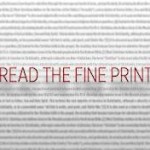 Clearly, in a managed account a broker enters into a contractual arrangement with an investor to “handle” or... 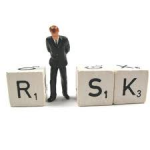 Investor Bill of Rights 2 and 3