Home > Investing > Will The Fed Raise Interest Rates, And Does It Matter?

Will The Fed Raise Interest Rates, And Does It Matter?

With interest rates in the U.S. remaining low for the past several years, there are some people who are worried what a potential rate hike by the Federal Reserve policymakers might do to the world’s markets.  It’s hard to say with certainty what would happen – that would depend on several factors, and the severity of the factors being implemented.  Let’s take a look at what realistically might occur:

Out of all of those scenarios, the last two occurring seem most unrealistic at this time because of the worry about what a significant rate hike might due to the world’s markets.  Any of the first 4 scenarios could realistically happen, and most people want to know this one thing:  Should I be worried about my investments if there is/isn’t a Federal Reserve rate hike?  Well, that depends on what your investment goals are with regards to your particular financial situation.

So what should most of you do?  Relax – take a deep breath and realize that it’s usually okay to ride out almost any worrisome market “event” if you have time on your side.  Realize that – at some point in the future – the Fed will eventually raise rates (they can’t stay this low forever).  Whatever the Fed decides to do re: interest rates, you should look for any opportunities (if the markets overreact very negatively) to add to your portfolio when prices are more attractive (buy low, anyone?).  Stay the course, and don’t sell everything that’s equity-related (almost always a big mistake) – you’ll be glad that you did!

Don’t be in that group that makes emotional investment decisions – now that you’re armed with this knowledge, take advantage of it and your financial situation as well…you’re welcome!

Find an experienced financial advisor who regularly advises clients to not worry about things they can’t control, works for an RIA firm, earns his/her money from fees (NOT commissions), believes in having an abundance of investment choices for clients, and has the heart & demeanor of a teacher, NOT a salesman, and chances are you’ve found the right financial advisor to help you prepare and plan for your financial goals.

Other posts from Martin Federici, Jr. 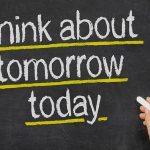 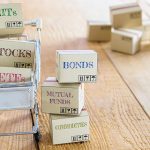 THE FINANCIAL EQUATION: Diversification: What You Need to Know

It’s hard to believe I’ve been writing and getting financial articles published for years and I’ve yet to... 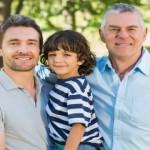 Tips To Make Sure Your Beneficiaries Are Accurate

There are numerous life events that can make us reconsider who we want to leave money to in...