Home > Investing > Investors Hungering for an Inside Scoop

Investors Hungering for an Inside Scoop

It’s sooooo NOISY out there! People don’t have a good intuitive sense of how to weigh new information in light of what they already know. They tend to overate it. Nate Silver, “The Signal and the Noise: Why So Many Predictions Fail- But Some Don’t“

As investors, we hunger for an inside scoop on what the market will do based on an event, real or imagined, that is being considered. This hunger is being fed by the emergence of a 24/7 news culture that seeks to identify, examine and report each and every possibility of what the outcome will (might) be. This explosion of information too often gets interpreted by a reader/listener/viewer as knowledge or wisdom but most often, in reality, it is just a piece of data that can be placed with other pieces of data to be considered in arriving at knowledge/wisdom.

The phrase, signal versus the noise, originated with radio/radar operators. In the early years of radio technology there was always a lot of static on the receiving end. It was vital to differentiate between the signal and the noise. What was valuable (the signal) and what was simply noise? The reasons that some predictions fail is the focus is possibly maybe too much on the noise and not on the signal.

A reasonable question is what should investors focus on? What are reliable signals to pay attention to at the expense of the noise? Asset class valuations on a relative basis have been the most reliable indicator of future returns. When an asset class is expensive it will likely under-perform an asset class that is relatively cheap. To some this may seem like a “blazing grasp of the obvious” but do we as investors really pay attention to how our assets are valued or like Nate Silver remarked in the opening quote of this article, pay an inordinate amount to attention to the new data we are being presented with.

Of course, valuations matter in the long-term. In the short term markets do get tossed about by short-term news. This short-term news cycle phenomenon unfortunately causes too many investors to react and wreak significant damage to their wealth. The evidence is in the 22nd release of the “Quantified Analysis of Investor Behavior” (QAIB) by Dalbar. Each year, Dalbar conducts a research project comparing the results of investors, driven by their inputs and withdrawal decisions, on their portfolio results. Clearly this work is cumulative and not individual but the consistent message over 22 years of the study is that the emotional part of investing, likely based on the noise present in the marketplace, has an impact on their ability to build financial security for themselves and their loved ones.

Of course, election years bring the decibel level of the noise level up greatly. Data is often presented by pundits on which party or candidate will benefit the most. The reality is that the data points are actually incredibly small and the number of observations is not statically significant. For example. Since 1872 we have had a whopping 25 Presidents covering 36 Presidential terms. One, Franklin D. Roosevelt, had 4 terms or 11.1% of the observations. One could easily throw out an ‘outlier’ and change the results dramatically. An interesting statistic is when an incumbent party loses, the market has performed the worst. Why? Most likely because the economy has not performed well and change is desired. Change is desired by the voters however the market doesn’t appreciate change so much.

Clearly, short term news has a knee jerk impact on the markets and for speculators, whose focus in on the short term, the news (noise) can have an impact. Yet, as seen above, timing the market most often has a disastrous impact on building and preserving wealth. Probabilities of success are much higher when the focus is on the ‘signal’. Valuations and sound portfolio construction of a well-diversified portfolio with multiple asset classes will serve investors much better than being distracted by all the ‘noise’.

8 Low Risk, High Return Investments for Retirees
How Effective is The ‘100 Minus Age’ Rule for Asset Allocation?

Other posts from Bob Klosterman 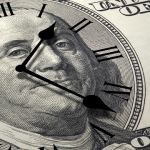 The Perfect Time to Invest

While I never have seen a survey inquiring about the desire for investing at the perfect time, I... 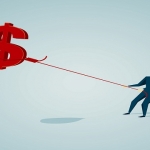 Things That Matter to Investors

Many of the comments we received from clients, friends and acquaintances express frustration with the current economic and... 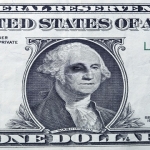 How do Real Investors Take a Punch?