With the introduction of an updated code of conduct, holders of the Certified Financial Planner (CFP) designation will now have to adhere to stricter rules when offering financial advice.

These new standards, agreed to by the CFP Board on March 29, 2018 and slated to go into effect on Oct. 1, 2019, redefine Certified Financial Planner and financial planning for CFPs under the paradigm that they must act in the role of a fiduciary, with the greater level of responsibility this entails, whenever they give financial advice.

Expanding the fiduciary standard to apply to all “financial advice” means that when providing such advice, advisors with the CFP designation will be required to put the client’s best interests first at all times. Exceptions to these rules include responses to directed orders and providing marketing materials. General advice that would not reasonably be considered financial advice would also be exempt, according to the CFP Board’s commentary on the new standards.

The new rules have been praised by some industry figures, including Stephen Craffen, the chairman of the National Association of Personal Financial Advisors (NAPFA), a group for fee-only financial planners. According to NAPFA, these new standards will only benefit consumers. By mandating that CFPs follow the fiduciary standard, the rules help eliminate the conflicts of interest that can occur when a CFP advises clients about financial products. Some of these products, such as insurance policies or direct participation products like limited partnerships, can generate large commissions for a planner, thus bringing up potential conflicts of interest that the new rules are designed to address.

Previously, a CFP serving in a dual role as both a financial advisor and insurance salesperson or registered representative (stockbroker), might be governed by a less rigorous standard, such as only selling a financial product to a client if it appeared to be “suitable” for them. Because of the ambiguity involved in defining suitability, such a standard has long been considered less consumer-friendly than the stricter fiduciary designation, with its mandate that a financial advisor must act in the client’s best interest.

Handling Conflicts with the New Rules

To comply with the new standards, a CFP must adhere to the requirement to act in the capacity of a fiduciary even in situations where doing so would conflict with the rules of the broker/dealer the CFP is associated with, or any other employer. To accomplish this, the rules specify that a CFP must “provide the client with sufficiently specific facts so that the client is able to understand the (CFP) professional’s conflicts of interest and the business practices that give rise to the conflicts, and give informed consent to such conflicts and reject them.”

Application of the Fiduciary Standard

There has been some controversy about the application of the new rules, especially the mandate that the fiduciary standard applies “at all times” when a CFP is offering financial advice. However, in its commentary on the new rules, the CFP Board has reinforced the message that no exceptions can be made to the duty of a CFP professional to act in the role of a fiduciary when offering financial advice. Thus, rather than simply disclose the possible conflicts of interest that may apply, a CFP will now be expected to act in a way that is consistent with promoting the client’s best interests. Only when a CFP is not providing financial advice will the fiduciary standard not apply.

While the new rules may cause some firms to incur extra costs linked to their CFP representatives complying with the new rules, the benefits to consumers from the new standards are clear. They can have confidence that whatever type of business structure a CFP uses, their best interests must come first.

To help mitigate any issues with the implementation of the new rules, the CFP Board has been sponsoring outreach meetings to explain the new rules to CFPs well before they go into effect. In addition to better define Certified Financial Planner, the new CFP code also includes a new definition of financial planning:

“Financial planning is a collaborative process that also helps maximize a client’s potential for meeting life goals through financial advice that integrates relevant elements of the client’s personal and financial circumstances.”

Reasoning Behind the Development of the New Code and Standards

The CFP Board spent more than two years considering changes to the certification’s Code and Standards. During that time, the board conducted more than 17 public forums and received more than 1,500 written comments regarding the proposed changes. The goal was to make sure that the CFP designation continued to be associated with a high standard of financial planning excellence and to “maintain the value, integrity and relevance of the CFP certification.”

The CFB Board views its ethical standards as a crucial factor in the trust accorded to CFP professionals by the public. In its commentary, the board states that the new rules will add greater rigor to CFP certification requirements and enhance “the integrity and value the CFP professionals bring to the clients and communities they serve.”

The establishment of a lengthy 18-month window between the announcement and implementation of the new rules was selected in response to requests from CFPs and their firms to give them enough time to change their operational practices and systems as needed in order to comply with the new standards.

With the emphasis that is placed on integrity and trustworthiness in today’s business world, the CFP Board’s updated rules for CFP conduct illustrate the value of the fiduciary standard as a measuring stick for financial advisor conduct. By placing the best interests of their clients front and center in the process of providing financial advice, CFPs can demonstrate to consumers that their focus is on offering advice that is centered on the needs of their clients over and above any other considerations.

Other posts from Lauren Aimes 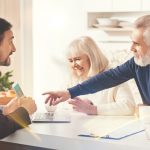 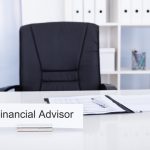 What Are Those Letters After Your Name? Credentials for Financial Advisors Explained

Alphabet soup. It’s a real thing. And it’s a problem. Alphabet soup refers to the abundance of acronyms... 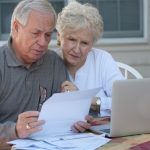 How Longevity Has Changed Retirement and the Meaning of Reasonable Risk

People are living longer, and that may be a blessing, but when those same people don’t apply that...