Diminished Capacity and the Fiduciary Standard

Sometimes inaction is the right action (the fiduciary standard) when faced with an elderly prospect that presents signs of diminished capacity.

A few weeks ago, I took a call from my favorite CPA alliance that wanted to send over one of their “long time clients”.  Normally, I am very pleased with these types of calls because they result in new relationships and new revenue streams. I did a preliminary Q&A by phone with one of the junior accountants and learned that this referral, Mr. Jones, was a retired police officer and nearly 90 years old.  I learned that he had amassed a large sum of cash over the years and was “very unhappy” with the return he was receiving from his 6 different bank accounts. I was warned that he liked to talk and would bend my ear on his political views and other world current events. “No problem,” I said I’m a listener.

A few hours later my phone rang and it was Mr. Jones calling to schedule an appointment.  I was surprised that he didn’t mind driving to my office, nearly 30 minutes away, since I had been accustomed to driving to see past referrals from this CPA that were in the same age bracket. I gave him the directions to my office which is at a main intersection of a major road on Long Island that hundreds of thousands of cars pass daily. Plus he claimed to know every street on Long Island better than a taxi driver. We scheduled for 11am the next day because “he needed time to get ready and get out of the house but indicated that he was an early riser” By 11:30am, the next day, he had not arrived so being somewhat concerned I called him on his cell which he answered and apologetically told me that he had arrived at 10:30am and had been walking around for 30 minutes trying to find my office.  Now, my office is the southern end of a one level building that clearly has the building number at the very center and is visible from quarter mile for 180 degrees. He said he was right outside and could I come out and wave to him. I did and saw no one that appeared to be looking for me. I then walked around the entire perimeter and still found no one. When I got back to my office, there were several voicemails from Mr. Jones indicating that he discovered that he was across the street and would be right over. After another 30 minutes, I called him and asked if he was okay? He was, again apologetic –perhaps embarrassed- and said that he needed to go home now because he was tired and needed to eat and drink something.  Instead of driving across the intersection, he wound up making a left and driving south away from our office. Then after he turned around and came back North, he missed the left turn and overshot our office. We agreed to meet the next day at the same time because he knew where we were located now. The next day came and went and he didn’t show. I worried that something happened and called to check up on him. No answer. They next day at 9am, Mr. Jones called to confirm his appointment for later that morning. He had lost an entire day. We agreed on 2pm and said, “Goodbye.”

At 2:15 pm later that same day, my intercom buzzed and our receptionist called asking if I was expecting anyone because there was a man asking for “John” (the CPA’s name and in a different town several miles down the road). Now, at this point, over the last few days, we had multiple telephone discussions where I clearly used my full name during each call and voicemail. Still, this could happen to anyone. Finally, we sat down to discuss his situation.

After some more pleasantries, Mr. Jones launches into a dissertation on Obamacare, tax inequality, Medicare coverages, his police career, the sad state of our school districts and the incompetent staff at the DMV before we finally delved into his actual finances, needs and goals. He clearly qualified for the program’s parameters due to his net-worth and state of liquidity. So, the investment that he wanted to participate in was clearly suitable. Some personal observations were as follows: two different color socks, two different color shoes and style – one shoe was a lace-up and the second was a loafer. His watch had the wrong time and was upside down. He seemed not to notice that he was spitting during his entire diatribe.  He asked very similar questions multiple times during a 1 hour meeting. Finally, he kept grabbing for his wallet every few minutes like he imagined that he might have left it at home.

As an Investment Advisor I subscribe to the Fiduciary Standard rather than the Suitability Standard which requires a much higher level of due care.  I felt that this potential investor was struggling with his cognitive functions and was losing some of his mental abilities based on observation, experience and continuing education in Senior Planning. I made the decision to decline Mr. Jone’s investment into a program that was complex and illiquid even though the investment itself clearly met the suitability test – it was clear to me that it was unsuitable for him under the stricter Fiduciary standard.

What would you have done?

Other posts from Jeffrey C. Lewis 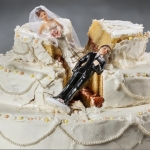 4 Essential Steps For Financial Stability After Your Divorce

If you are going through a divorce, you are probably experiencing one of the most difficult periods of... 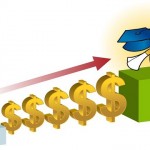 Many parents with College bound students have recently experienced the rush of excitement when your offspring rips open... 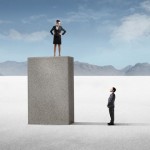 Why Women Beat Out Men in Investing

According to a recent study by SigFig, a portfolio platform, women are more likely to make money when...