I am endlessly fascinated by the unwitting and reflexive expressions of our genetic programing. No matter how much we may believe we are rational creatures the evidence – overwhelming! – points to a contrary conclusion. While many people recognize behavioral frailties in others, they believe it does not actually apply to them. Well, you and I are equally susceptible and I have concocted a test with the hope to demonstrate our human susceptibility.

Before we continue, I strongly urge you to print the following quiz so you can actually mark down your responses to each test question. Your answers, and the test’s results, will be much more impactful if you write down your responses rather than simply breezing through the questions. (And then you can shred your results.) Are you ready?

At the beginning of each question there is a line to record a numerical designation. As soon as you think you know the person about whom I am writing, mark down how certain you are of your answer: 1 = highly uncertain. 5 = highly certain. The objective will be to identify this person as quickly as possible, and to have as many “5”s as possible. OK, here goes.

_____ This person is believed, by many, to be one of the great computer programmers.

_____ This person observed an upstart company, Intel, making computers on a chip and was one of the first people to recognize the potential of these “microcomputers.”

_____ This person then dedicated his energies to writing software for this new technology.

_____ This person is believed, by many, to have launched the personal computer revolution.

_____ In the mid-1970s this person founded a company to sell software for microcomputers.

_____ It has been reported that in the early history of the company the working environment was highly unconventional; employees frequently showed up in shorts and barefoot. If someone was spotted with a tie they were a visitor.

_____ The company’s defining moment came when IBM visited in the summer of 1980 to discuss an operating system for its new personal computer (PC).

_____ The company quickly became very profitable and, by 1981, its operating system, using Intel microprocessors, had a dominant share of the market for a new appliance called a personal computer.

_____ After negotiations, the two companies struck a deal.

A Profitable Wager… So Far

The failure rate of most investors, professional and amateur, is astounding. The current wisdom of the impostor investor may be summarized as follows: with short term fixed income instruments yielding next to nothing, the only way investors can make money is to either materially extend maturities, or buy stocks, or both. This “wisdom” has been reinforced by the actions of Federal Reserve Chairman, Ben Bernanke, because betting that his policies will drive equity market prices higher, and interest rates lower, has been a profitable wager… so far.

I suspect Chairman Bernanke is pleased with these speculators for abetting his apparent objective to create a “wealth effect” through asset price increases. At some point we can expect Chairman Bernanke, or his successor, to remove the punch bowl by reversing the direction of quantitative easing. When this happens it is not a stretch to imagine a wholesale rush for the exits as the herd attempts to simultaneously jettison their failing investments. If this occurs the resulting investment landscape is likely to be one exhibiting significant real losses, escalating uncertainty, and increased volatility.

We were able to observe something of a sneak preview of this future movie, appropriately titled “Taper Talk,” on May 22nd and then again with the Fed’s June 19th statement and Chairman Bernanke’s press conference. You may recall Taper Talk precipitated something of a “mini panic.” Apparently fearing the worst, central bank officials in the U.S. and E.U. sought to reassure investors that “tapering” the stimulus efforts was not imminent.

The impostor investor – particularly the impostor professional investor – is behaving as though the Federal Reserve has eradicated the possibility of market “tail” risks due to the commitment of the Fed to massively intervene and manipulate market forces. I am of the persuasion that central banks, worldwide, have all but guaranteed that the consequences of tail risks will be of greater severity when they ultimately materialize. While the policies pursued foster the appearance of stability, these policies are not addressing the underlying causes of our current malaise – and, in fact, they are likely exacerbating them.

Does it make any sense that debt is being employed to cure a debt crisis? The hope is this massive capital infusion will stimulate the economy so that we will be able to grow our way out of the current difficulties. Given the massive additional debt already added, and the anemic response by the economy so far, Fed policies increasingly have the appearance of a long-shot; even an act of desperation. A post-crisis world is increasingly looking like we will be left with even more indebtedness, and with as much, if not more, worldwide interconnectivity. The tail risks may be more obscure, but it is likely these tails are materially fatter than pre-crisis.

As always, it is critical to remember that while we direct our “worrying concerns” to the macro, we invest on a discrete individual security level seeking specific companies that are selling for compelling discounts from their appraised enterprise value. Our purchasing decisions are governed by the specific fundamentals of companies. Our assessment of the overall market, or economy, has virtually no influence on these purchasing decisions.

The purpose of today’s discussion, and former recent discussions, is to highlight the prospect of a highly disruptive market at some future date and to prepare you for these possible disturbances – and, of course, to underscore that such disruptions provide for the most compelling buying opportunities. Unlike the market, and the vast majority of money managers, our long term investment growth experience has resulted in enhancing our real wealth and purchasing power. Few – very few – can make this statement.

Irrespective of what the future may have in store I am supremely confident of at least two things: we will continue to build wealth in excess of taxes and inflation, irrespective of possible disruptions in the market and/or the economy. I am equally confident that our path to success will be turbulent – perhaps very turbulent. The greater the turbulence the greater the need for ballast. Please be vigilant in monitoring your cash reserves – they are the best ballast I know to navigate through the most turbulent of financial seas. 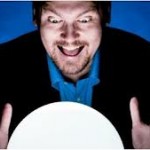 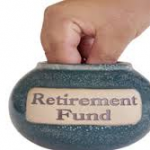 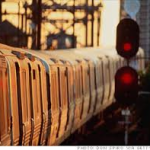