We are not talking about ice cream here but it does sound good, doesn’t it?  These Social Security strategies, however, could ultimately buy you a lot more than a few ice cream cones!

Social Security is becoming a big deal to the throngs of Baby Boomers tapping their benefits now and over the coming years.

A couple reaching full retirement age (FRA) can opt to have one of the two capture the spousal benefit of the other while they can both leave their benefits to increase up until age 70.  For someone whose FRA is 66, this can amount to approximately 33% increase in benefits for the rest of their lives along with a cost of living (COLA) increase on those benefits.

This is a “Double Dip”: getting a spousal benefit and letting the other benefits grow so the couple can get more later.

Now a “Triple Dip” scenario might be where a couple at full retirement age (age 66) with one spouse having a FRA benefit of $2,400 per month and the other spouse’s FRA benefit amount is near half of the other’s, say $1,150 per month. Here the spouse with the lower work history benefit can take the spousal benefit, which is 50% of the other’s.  In this case that is $1,200 per month.  Now the lower earning spouse waits for their benefit until age 70 in which case ($1,150 increases by about 33% more) they will switch over to a benefit of about $1,530 per month.

This is now the third dip for the lower paid spouse having received a spousal benefit, switched later to their work benefit, and finally switched to a survivor benefit.  At that point the third of the triple dip may be bitter sweet but sweeter nonetheless.  It gets even better on the third dip if the higher paid spouse was able to defer their benefit until age 70, in which case the benefit would be about $3,200 per month to the survivor.

The age someone collects Social Security should not necessarily be looked at as having to coincide with retirement age.  If there are other assets available this may fill the gap between retirements and when Social Security is taken.  There are many ways to phase into retirement with variations on the themes above.

A couple age 65 has about a 50% chance that one of them will live until age 90 or older.  The complexity of Social Security and increasing longevity are important reasons to get great advice from a professional financial advisor and to do your homework so that you have the best opportunities to keep up with inflation and not run low on money in retirement.

To learn more about Guy A. Paredes RFC, view his Paladin Registry profile.

Other posts from Guy Paredes 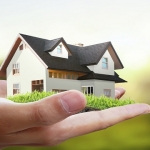 What the HECM (pronounced heck-em) is a HECM?

12 Ways to Help Improve Your Retirement Results! A HECM is a Home Equity Conversion Mortgage.  As a... 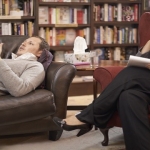 Fear and Loathing of the Stock Market

Unfortunately for most people when it comes to the stock market, they can’t live with it and can’t... 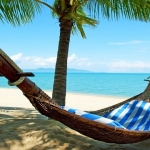 Hey Boomers, Can You Imagine Retirement?

Most Americans CAN imagine retirement! Days at the beach, fishing, travel, shopping, visiting the family or rocking in...