When choosing mutual funds for our portfolio too often we get caught up in the returns of the fund while not asking ourselves the most important question.  How much does this fund cost?  A common thought is the fund which returned the most last year or over the last handful of years must be the best fund and thus the right fund for me, but that is not always the case.

Here’s another way to look at it; consider the fee you pay for a fund a big hole in the ground.  In order for you to get out of that hole and get back to ground level your fund must generate a return equal to the fee it takes.  So Fund A is a 10 foot deep hole, while Fund B is a 5 foot deep hole, it’ll be easier for your fund to get back to ground level when it starts 5 feet deep instead of 10.

Have you ever gone to the gas station across the street because its gas was 10 cents cheaper?  The company is different, but you know the gas is the same, so why pay more?  It’s the same with mutual funds.  If this company’s S&P 500 fund costs .40% and that company’s S&P 500 fund costs .20% would you stay at the station that charges you $4.00 for a gallon of gas or would you go across the street and pay $2.00 for the same gallon of gas?

So how do you find low-cost mutual funds?  First off, avoid actively managed mutual funds.  Actively managed funds try to beat the market (they will tell you so in the fund’s description or summary), some will, but most won’t, and the ones that do beat the market won’t do it for any extended period of time.  In the end, with the significantly higher fees they charge there is almost no advantage to using actively managed funds.  Look for mutual funds that have the word ‘index’ in their title.  Index funds merely track an index, they don’t try to beat the market – they join it.  You will find these funds offered through low-cost mutual fund providers such as Vanguard, Charles Schwab, Fidelity, and Dimensional Fund Advisors (DFA funds aren’t quite index funds, but that’s a topic for a different article).

And don’t just go off of name alone.  Research a fund’s expense ratio yourself.  You will generally find the expense ratio on the fees and minimums page for a mutual fund, and you will definitely find it in a fund’s prospectus.  As a general guideline expense ratio should be under .20% for bond funds; under .30% for US large cap stock funds; under .50% for US small cap stock funds; and under .60% for international and emerging markets stock fund.  If you are paying more than these guidelines for your fund, you’re probably paying too much and should seriously reconsider the fund you are in.  You should never pay more than 1% for any fund.

Other posts from Michael Pensinger 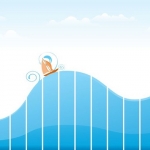 Who Says You Can’t Time the Stock Market? Why Market Timing Is Easy

At some point every investor, trader, or stock picker has dreamt of buying a stock right before some... 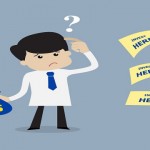 Am I Ready to Invest?

Plenty of times I have been approached by young couples in their 20s or 30s with this question –...