The New Year 2016 is fast approaching and if economic experts are correct, investors should prepare themselves for living on less as a global low-return investment environment casts a pallor over potential investment returns in the New Year.

A low-return environment is unwelcome news as more people enter retirement and for those who are not working who face a wall of fixed expenses.  Every day, an estimated 10,000 Baby Boomers (those born between 1946 and 1964) enter retirement at age 65, according to the Pew Research Center. These are people who are exiting the workforce and will now have to test whether their lifelong savings disciples worked in conjunction with their investment acumen.

This paper, “Falling Short: The Coming Retirement Crisis and What We Can Do About It,” by Alicia Munnell, lists a number of reasons for the retirement income shortfall (the demise of pension plans, higher medical costs, longevity, changes in Social Security, taxation of benefits), but the net effect is that even with 401(k)s in place, the retirement income shortfall is growing.

This is a problem that has been building for years. Among the paper’s key conclusion is that “in 2013, the typical working household approaching retirement with a 401(k) had only $111,000 in combined 401(k) and IRA balances.  This amount translates into less than $400 per month, adjusted for inflation, which will not provide a sufficient supplement to Social Security benefits.”

While 401(k) balances are not a family’s only assets, (they exist alongside home equity, savings, Roth IRAs, pensions, etc.) 401(k)s are a bellwether of liquid assets and household savings patterns.  The largest asset for most households in home equity (less the mortgage amount due to the lender), but this can only be tapped via home equity loans.

Unfortunately, the Center for Retirement Research paper falls far short in its recommendations about how to correct the retirement problem.  The paper lists the well-trodden, traditional politically-correct suggestions—work longer, save more and use home equity loans to fill the retirement income gap.

Working for Better Solutions to the Retirement Crisis

The suggestions contained in this otherwise thorough academic paper are politically timid and are not the best solutions to the retirement crisis. The reason: the authors only ask American workers to sacrifice more in retirement than they did when they were working. Again, this paper, like most of the “401(k) education” offered by corporations to their employees approaching retirement, only focuses on manipulating the very few monetary variables open to workers in the 401(k) “educational” setting.

In these corporate “educational” settings, facilitators avoid any discussions about some very politically-sensitive topics.  These include the lack of overall company wage increases, tax policies that penalize savers, corporate policies that decrease benefits and shift payments to workers, the pay of top executives compared to average workers, corporate lobbying activities that frequently develop policies that are anti-average worker, and federal and state fiscal policies that work against the economic benefit of average Americans.

In short, these 401(k) “educational” programs have the potential to become excellent starting places to embolden workers to see the world and their company in new refreshing ways.  But that opportunity is wasted when these “educators” frame the retirement crisis issue in ways that only build the feeling of financial hopelessness among their own 401(k) participants and company employees. This not only hurts 401(k) participation levels, but retards company morale.

Given the presidential election’s focus on national policies, correcting the nation’s dismal retirement savings prospects must address the real issues of wage stagnation, the growing income disparity and the greed of the top 1%.

However, when there are no increases in wages, savings rates and contributions to retirement portfolios stagnate. Retirement savings rates undoubtedly can be accelerated via combining higher savings rates with the magic of compound interest, so boosting the savings rate gives investors better odds of building portfolio wealth over time.

Payroll tax rates should also drop to increase take-home pay. Those diligent saver-investors must also find low-expense mutual funds or exchange traded funds (ETFs) to invest in since fees and expenses are the only variable in the investment world they can directly control.

It’s also important to get investment advice from an advisor who openly displays their practice as one which puts the needs of the client-investor ahead of their own.  Investors must ask if the advisor adheres to the fiduciary standard and if so, they should ask for a signed statement from them saying that they will put the clients’ interests ahead of their own.  Currently, only Registered Investment Advisors (RIAs) who are regulated by the Securities and Exchange Commission or state securities regulators adhere to the fiduciary standard which means they must act in their clients’ best interests.

To protect themselves, investors have to ask their financial representatives tough questions, but these are tough times. No one will protect your money like you do.

Unfortunately, the financial services industry has done too little to convince their own customers that they elevate their interests ahead of the investment firm and its own financial planners or financial advisors. Now, as the financial services industry is engaged in an all-out lobbying and PR campaign to eliminate the fiduciary standard advocated by the U.S. Department of Labor, it’s time for investors to protect themselves.

The lesson that lower future economic growth projections, combined with lower returns on investment portfolios, means that most people will have to get by on less income. Unless something dramatic happens in the political policy world, this will become the new American way.

To learn more about Chuck Epstein, visit him at www.mutualfundreform.com.

Tips For Investing During a Recession
Why Does Asset Location Matter for Tax-Efficient Investing?

Other posts from Chuck Epstein 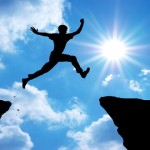 How Retirement Became So Risky

Risk management is regarded as an essential element of modern investment management.  But few people recognize that retirement—the...