Core-satellite investing has been embraced as a way to diversify and lower costs, but the S&P500 as core does neither.

Core-satellite investing continues to be very popular, combining a passive core portfolio with active satellite managers. It’s an active-passive approach. The original purpose of the core portfolio was a completeness fund, rounding out a team of specialist active managers. In its simplest form, an active growth stock manager and an active value stock manager are rounded out by a passive core, but the common practice for this core does not diversify, nor does it reduce costs.  In practice, “core” is almost always a total market index, like the S&P500, so it dilutes active satellite managers rather than completes them. The S&P500 is value and growth and core, all wrapped into one.

As for diversification, ironically the S&P as core actually results in an unintended bet against true core, defined as the middle of the market, in between value and growth. It underweights true core. I call this middle of the market “Centric Core” to contrast it to the blend that is typically used as “core.” To be precise, centric is the 20% in the middle. The S&P is not true core; in fact it’s only 20% pure core. So even if you allocated as much as 80% to the S&P as core, you would have only 16% (20% of 80%) in true core, which is less than the market weight of 20%. A more efficient and diversified approach would be to allocate just 20% to centric core and 80% to active satellite managers, thereby obtaining market diversification. Centric core is to value and growth as mid-cap is to large and small. Unless you can time, it’s best to diversify among sizes and styles.

Allocating more to active satellite managers should result in higher alpha for the total portfolio if the active managers are producing alpha, which is a reasonable supposition since they would only be hired if they were expected to produce value added.

Dr Frank Sortino employs an active-passive approach to portfolio construction, using passive to fill in parts of the market where he does not find skill. His optimizer always calls for centric core. This implies that there are no active managers who excel at managing the middle of the market, which is no surprise. Those skillful managers who call themselves “core” are actually blend managers, covering core and value and growth. To capitalize on active manager skill while maintaining diversification, a centric core completes the manager line-up, with only a 20% allocation.

Core-satellite has been embraced as a way to diversify and lower costs, but the S&P500 as core does neither. It results in an underweight to the middle of the market, so it does not diversify. And it undermines active manager decisions with deadweight stocks the active managers deem unworthy. This dilution comes at a cost that can easily exceed the “savings” attributed to a passive index, so costs are actually increased rather than decreased. Centric is the new core that really does improve diversification and performance.  Who can ask for more? 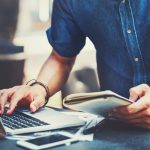 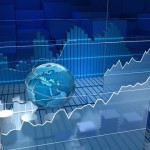 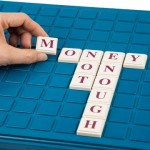 How Much Money is Enough for a Comfortable Retirement?

Watch Ron DeLegge and myself cover the following topics in this 7 minute video titled How Much Money is...