Home > Investing > Making the Decision to Pay Off the Mortgage

Making the Decision to Pay Off the Mortgage Paying off one’s mortgage is an emotional decision as well as an analytical decision. In previous articles, I have gone through both angles.  Now I wanted to provide you with some examples of how you might go about analyzing the decision.

The first individual in our example is Michael Mortgage. He has money in a bank account for emergencies, investments, a retirement account, and a house.  All totaled, his assets (the value of what he owns) adds up to $1,384,000.  However, he has a loan on his home for $342,000.  The bank owns this much of the home. Consequently he owes this much to the bank and this reduces his net worth, what he owns less what he owes. His net worth is $1,042,000.

The second person in our example is Fred Free and Clear. Fred has the same amount in the bank account and his retirement account, and the value of his house is the same as Michael’s.  However, Fred does not have the same amount in investments because he has taken this amount and paid off the mortgage, free and clear. Consequently, he does not owe any money to the bank.  But notice that his net worth of $1,042,000 is exactly the same as Michael’s.

Both individuals have the same net worth, though Fred has fewer assets. However, if Fred no longer had income to pay for his home he would be fine, because he owns the house outright.  On the other hand, if Michael lost his job, he would not have the income, but he would have his investments from which to pay for the mortgage each month. Of course, if the market crashes at the same time Michael loses his job, he may have to hit up his retirement account to pay off his mortgage. And if the housing market tanks, both lose, though Fred will have some equity while Michael may be “upside down” and still paying. Both are counting on the stability of the value of their homes and not being forced to sell at a loss. You can see where risk comes into play.

The question of having a mortgage is usually more often about emotions than about the numbers.  I think it is helpful to understand the numbers to make a clear decision. Unless the interest rate is very high (and often you can re-negotiate your loan at a lower rate), it makes more sense, going by the current numbers, to keep your mortgage and invest the money.  But if you feel more comfortable getting rid of a home loan and getting that weight off your mind, then do it.

One of the things that makes comparing keeping or paying off a home loan more difficult is that you are incentivized, encouraged to have a mortgage.  One of the biggest tax benefits one has is the mortgage interest savings.  This means that homeowners can deduct the amount they pay in interest for a mortgage to reduce their income.  Specifically, the interest you pay on loans to acquire your residence (up to $1 million) is tax-deductible. The deduction is taken at your top tax bracket. Thus, if you’re in the 35% tax bracket, every dollar you pay in mortgage interest saves you 35 cents in federal income taxes.

Figuring out what one could make on an investment in the future is a hard calculation.  Often we look back at what the returns on investment have been.  However, this is not how to determine what one should expect for returns going forward.  The better way of determining expected returns is to look at the dividend, what earnings will grow by, and what the change in valuation will bring. Based on these current figures for the S&P 500, it may be better to pay off that home loan.

We have discussed processes in the past, and when deciding whether to pay off a mortgage, the process includes three considerations:

The decision is difficult. It is also one of the largest personal financial decisions one makes. So apply a process and make a clear decision.

Other posts from James Cornehlsen 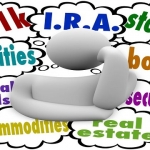 The title of this article is not quite true, but close. With 15 candidates in place for the... 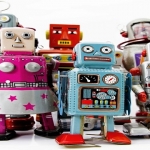 Automated Investment Tools – Are They Landing in Your Back Yard?

Automated investment tools, or Robo-advisors as they are commonly known, are not aliens or robots landing in your... 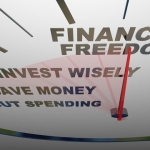 Can You Reach Your Financial Goals for Retirement?

I was taught by my coach, Jack Beatty, to reach one’s goals generally involves having a person to...