Digital currencies, like bitcoin, have become popular as an alternative to cash or more traditional lines of credit. Crypto-currencies can be traded in online exchanges for more conventional currencies, like the dollar, or can be used to buy goods and services, which is customarily done online. Bitcoin was created in 2009 by an unknown person using the alias Satoshi Nakamoto. Traditionally, the capitalized “Bitcoin” refers to the technology and the network, and the lower case “bitcoin” refers to the currency itself.

What makes bitcoin unusual is that it is not controlled by any single entity, and as a result the United States treasury has called bitcoin a decentralized currency. This is what it has made it so popular. Transactions can be made with no middlemen, no banks. There are no transaction fees, and complete anonymity can be maintained. While each bitcoin transaction is recorded in a public log, the names of the buyers and sellers are never revealed, only the users’ wallet IDs. Additionally, Bitcoin makes international payments easy and cheap because bitcoins are not tied to any country or subject to regulation.

Unlike traditional forms of currency, a bitcoin’s value can drastically fluctuate in response to user demand. Joseph Borg, the Director of the Alabama Securities Commissionhas stated that “[t]he value of Bitcoin and other crypto-currencies can be highly volatile and investors should be aware that investments that incorporate ambiguous money systems can lead to very real risks, including the potential to lose one’s money!”

Bitcoins themselves are created through mining. Mining consists of a group of Bitcoin users who provide their computing power in order to confirm and record payments into a public ledger in return for transaction fees and new bitcoins. These people actually compete to mine bitcoins by using their computers to solve complex math puzzles. As of now, a winner is granted 25 bitcoins about every ten minutes. By giving miners this currency, the miners are being rewarded for performing a task of network administration and transaction verification, thus providing the role of a centralized authority that Bitcoin otherwise would not have.

Users can send and receive bitcoins using a special type of wallet software on their PCs, cell phones, or web applications. These digital wallets exist in the cloud as well. The most popular ways of acquiring bitcoins is through mining or trading them for goods and services. Also, several marketplaces called” bitcoin exchanges” allow people to buy or sell bitcoins using different currencies. The largest known bitcoin exchange is called Mt. Gox.

Bitcoin exchanges may soon be coming to the Empire State, but such exchanges will be subject to strict regulation. The New York State Department of Financial Services (NYSDFS) stated that it will weigh proposals for a regulated virtual currency exchange. Companies can now submit applications and proposals to manage virtual currency exchanges in the state, a process the NYSDFS called “the formal commencement of a regulatory process.”

There has been a call for greater regulation after a number of problems with Bitcoin exchanges have emerged.  Mt. Gox, which used to be the largest Bitcoin trader, filed for bankruptcy after criminals allegedly stole $400 million in bitcoins. Simultaneously, a number of hackers purport to have broken into the files of Mark Karpeles, Mt. Gox’s CEO, and found evidence that the loss may have been at least in part due to financial fraud. Another exchange, Flexcoin, closed after claiming to have lost $600,000 in bitcoins after being hacked. The CEO of a third exchange, Charles Schrem of BitInstant, was charged at the beginning of the year with enabling transactions for illicit drugs with bitcoins.

New York’s move to implement regulation is not alone. Last year, the US Treasury Department stated that they had to collect information about customers because they were considered money transmitting businesses. The NYSDFS stated that it will probably consider proposals and applications for other kinds of virtual currency firms, such as miners or companies that solve complicated mathematical problems that allow them to create new blocks of bitcoins. 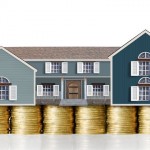 REITs (Real Estate Investment Trusts) were first allowed for in the United States in 1960 when President Eisenhower... 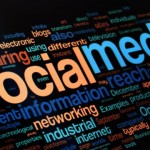 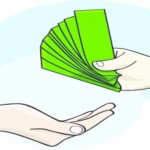 Brokers should be aware of the implications of a recent court decision and take note that they may...

One response to “Bitcoins: The Current Currency”