With many stock indexes such as the Dow Jones Industrial Average and the S&P 500 hitting new market highs, some investors may be nervous that the advances cannot continue. In our opinion, bull markets do not die of old age and the fact that a market is hitting a new high does not, in and of itself, provide a negative signal.

The chart below illustrates how market highs are not historically uncommon, and suggests that they can be sustained for long periods of time in the right economic environments.

The chart illustrates that in many years new highs have been achieved 30-50 times a year and can continue for a full decade. In 1995, the stock market even hit a new high 77 different times. By comparison, since the economic recession in 2008 we have not hit record highs nearly as frequently.

If these market advances were accompanied by extraordinarily high valuations, this might create a concern. In the late 1990’s for example, Treasury Secretary Alan Greenspan coined the term “irrational exuberance,” which was his terminology for describing an overvalued stock market. At that time, in spite of companies reporting very low earnings, the markets advanced for several years. Eventually a market correction occurred from 2000-2002, but the markets advanced for several years prior to doing so.

Today, the market appears to be much different. Valuations are currently at reasonable levels, economic fundamentals continue to improve and recent earnings reports by companies have been relatively strong. Further, given that inflation is very low, the value of these earnings is not being diluted by the rising costs of goods and services. For these reasons amongst others, our expectation is that although short-term volatility may arise, the markets can continue to advance beyond today’s levels for some time.

Total Wealth Planning is a fee-only advisor with a proven 25-year track record of success. We offer, with no charge or obligation, an introductory, get-acquainted consultation to determine if and how we might be able to assist others with our services.

Other posts from David Wilder 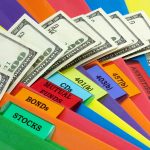 Many investors have a 401(k) or 403(b) retirement plan that includes limited investment options and, as a result,... 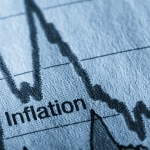 Is 6% a good return on your investment? In Part I of the our blog, we discussed the... 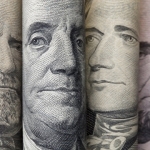 Looking back at 2015, which was a flat year for most major asset classes, it is reasonable for investors...