Just Say No to Annuities!

Just Say No to Annuities! 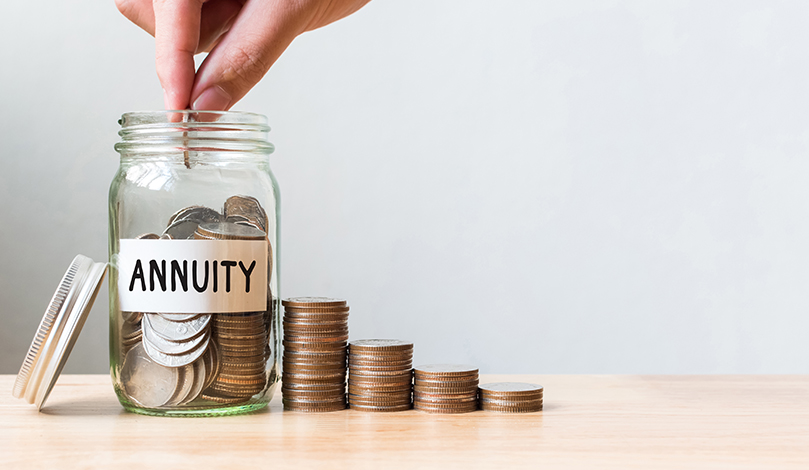 Americans own over $1.7 trillion in annuities, and I doubt that many have a clear idea of what they have purchased or how bad of a deal they actually received. The vast majority of financial firms that offer annuities and “financial advice” are not offering unbiased advice. These biased “Wolves” that go by the names of financial planners, brokers, or banks are nothing more than greedy salespeople. They tell you how they will do wonderful things for your portfolio, reduce your taxes, and help you save for retirement. In reality, their advice predictably leads to a solution where they peddle the product on which they are paid the highest commission – annuities!
Annuities are bad deals for 99% of people, and you should Just Say No! For example, only about 1% of variable annuities are purchased directly by consumers1. The rest are sold through brokers, insurance agents, and bank employees. Annuities are not bought, they are sold by unscrupulous Wolves that attempt to scare and confuse investors.

An annuity is an insurance contract that lets investors set aside money which ideally builds up slowly over time. If the payments are delayed to the future, you have a deferred annuity. If the payments start immediately, you have an immediate annuity. The annuity’s first phase is the accumulation phase and the second phase is the withdrawal phase (know as annuitization).

In the accumulation stage, you give money to an insurance company either all at once or in a series of payments, and it earns a rate of return. The rate of return may be fixed in advance in what is called a fixed annuity, or the return may vary in what is referred to as a variable annuity. Variable annuities are pooled investment accounts (similar to mutual funds) wrapped in an insurance contract. The return is entirely dependent on the earnings of the investment pool. With fixed annuities, the insurance company declares a rate that they will pay, and the investments become general obligations of the company. The company invests the funds in one or more bond portfolios and the return is loosely related to the performance of the bonds.
In the withdrawal phase, you receive regular payments (usually for the rest of your life). The payments can also be set in advance, or they can depend on investment performance.

Not only are annuity sales one of the highest profit areas for insurance companies, but they pay some of the highest commissions in the securities business. The only way that they can both make so much money and pay such high commissions is by assessing exorbitantly high fees to investors. The average variable annuity costs the investors approximately 3.02% per year, and the average Fixed Annuity costs the investor 2.32% per year. This statistic may not seem significant. However, when you compare annuity expenses to mutual fund and index fund expenses, saving a few percent per year can be the difference between having 2-4 times more money over your investing lifetime (see Exhibits 1&2).

How Much the Wolf is Paid:

Inhibiting transparency, commissions on annuities are not itemized for investors. The typical annuity salesperson is paid 5.0% - 5.5% of the amount invested (and some are paid up to 14%)2. I have never seen a prospectus for an annuity that clearly explains the full extent and implication of these costs.

If you buy an annuity and then want to get out of the contract, you almost always pay a big fee. Most companies charge a surrender fee (which decreases over time) starting around 7% - 8% of your annuity value. In some instances these surrender charges can be as high as 17%!

Nothing for the Kids:

Life long annuity payments usually end when you die. If you “annuitize” and then die, all of your annuity investments and gains go to the annuity company – your family gets zero. You can buy extra insurance to get 10 or 15 years of payments – but this is a big extra expense.

To hear a Wolf pitch an annuity, you would think that these were great tax shelters. The truth is that the tax benefits are oversold, and since the tax laws changed in 2003, annuities are more heavily taxed than other investments. Investment gains on annuities are deferred until withdrawals begin, and then they are taxed at the ordinary income tax rate (10%-35%). In contrast, a long-term investment outside of an annuity (like in stock) is only taxed at the capital gains and dividend rate of 5%-15%. Additionally if you die before youannuitize, annuities are terrible for your heirs. The entire annuity gain is subject to ordinary income tax when you die (there is no step-up in basis).

Annuities in Qualified Plans: There is no justification for using an annuity inside a qualified plan. The qualified plan itself provides the deferred tax advantage, and the only thing that an annuity provides is addition costs. If a salesperson suggests that you purchase an annuity inside one of your IRAs, 401(k)s, or pension plans, then it is clear that this Wolf is not looking out for your best interest – RUN! And, shame on that salesperson!

Guarantees and Promises: Wolves love to say that annuity payments are guaranteed. The fact of the matter is that they are not There are no guarantees in life and annuity “guarantees” are lot a weaker compared to other investments. An insurance contract is only as good as the insurance company that stands behind it. What do you think has a better chance of surviving over the life of a 30-year annuity period: the US Government (Treasury Bonds), the US economy (S&P500 Index), or a single insurance company?

Overpriced and Worthless Insurance: If you die before you start receiving payments from your annuity, most variable annuities include a feature that insures you get back at least as much as you originally contributed. This is worthless, because less than one-half of one percent of annuity contracts are terminated due to death or disability. Most of these terminated contracts are worth at least as much as was contributed.

Purposely Complex: Companies selling annuities intentionally make their products complex, confusing, and slightly different than their competition. For example, there are over 900 unique variable annuity contracts currently offered in the market. By making things so complex, they hope to make it difficult for you to compare products. Payouts among similar annuity contracts vary by as much as 50%, because it is so difficult to price compare.

The Wolf’s Tales – Enticing Stories You are Told, Before Your Nest Egg is Eaten

Wolf: “Annuities have a guaranteed death benefit. So, your basic investment is protected.”

Truth: They are deceptively using the word “guarantee.” Further, the best way to protect your investment is to have lower expenses. If you need insurance, then just buy insurance!

Wolf: “At a certain age, you can convert your money into a lifetime income stream that you will not outlive.”

Truth: Inflation poses the biggest risk when you take a fixed annuity payout. For example, someone who bought an annuity paying $1,000 at the start of 1970 saw the payment value erode to $402 after 10 years and to $253 after 20 years. It is not easy paying the bills during retirement when your inflationadjusted income has gone down by 75% in 20 short years.

Wolf: “Look how much better our deferred fixed annuity rates are compared to bond rates.”

Truth: Many deferred fixed annuities are sold with higher-than-market teaser rates. These seemingly high rates generally last one year and then tumble.

Wolf: “We can give you a special ‘bonus credit’ where we will add 5% to the amount you invest with us! We can even give you this ‘bonus replace your current annuity.”

Truth: Annuity companies do not give out free money. When they give a bonus they also increase the expenses so that they get their 5% back in a few years, and then they make even more money by continuing to charge the higher fees.

Wolf: “100% of your money goes into the annuity on day #1. The commission I receive comes from the insurance company.”

Truth: Commissions on annuity products are built into the costs of the product. Any commissions paid to the Wolves are taken out of the annual fee you pay.

In conclusion, less than 1% of annuities are sold for legitimate uses that are truly in the best interest of the investor. In fact, some 60% of variable annuity sales are placed within IRAs and other tax deferred accounts! I think you know my opinion about annuities. If you have one, you may want to consider how you can escape. Do not be talked into buying one – Just Say No!