While there has been a lot of political proposals and promises in the news during this 2016 election year, there is one potential budget change proposed by President Barack Obama for 2017 that may have a big impact to some federal government employees. It has to do with the little-known (and very beneficial) retirement program called the Voluntary Contribution Plan (VCP) which is available to Civil Service Retirement System (CSRS) employees. With the VCP, eligible employees can contribute after-tax dollars into the plan, which can then be transferred into a Roth IRA. This strategy can help maximize tax diversification and legacy planning goals in retirement as qualified withdrawals from a Roth IRA are tax-free (and tax-free to the beneficiaries!). Unfortunately, the budget proposal from President Obama for 2017 could eliminate any after-tax rollovers to Roth IRAs by the end of 2016.

What is the Voluntary Contribution Plan?

All federal CSRS employees are eligible to open up a VCP account, which allows you to contribute up to 10% of your lifetime earnings into a qualified account, deferring the tax on all earnings. The reason it is not widely known, or used, is because of the modest returns (approximately 2% in 2016) the account generates over time. If you are close to retirement and have not contributed to a VCP, that is okay; the 10% can be done at any time.

Though, for soon-to-be retirees, this account is ideal if they want to defer taxes and lower their tax burden in retirement. The entire VCP account can be transferred into a Roth IRA, which can ultimately allow you to bypass the annual contribution limit, which is $5,500 (or $6,500 if over 50 years old) in 2016. To illustrate, if you earned $1,000,000 over your entire career working with the federal government, you are allowed to put $100,000 into a VCP account, which can then be transferred all at once into a Roth IRA. This may sound too good to be true, and is most likely why it could come to an end starting in 2017.

It is important to note that as a CSRS employee, you are not allowed to open a Voluntary Contribution Plan account until your pension is fully funded. So, if you have withdrawn money from your CSRS pension, those funds need to be replenished before a VCP account can be established.

In February of 2016, President Barack Obama submitted his Budget Proposal for 2017 which targeted after-tax rollovers into Roth IRA accounts. This was also proposed for fiscal year 2016 but was never put into force, so there is potential that this could not be put into effect for 2017. Though, if applied to 2017, the proposed plan would eliminate the popular concept of a “Backdoor” Roth IRA, which has been a strategy for taxpayers since 2010, and in turn, may also eliminate any CSRS employees who were considering transferring their VCP account into a Roth at retirement.

The beauty of transferring your VCP into a Roth IRA is that you are not subject to the limits or income restrictions that come with contributing to the latter account. But what happens if the aforementioned legislation goes into effect before you act? The answer is that your money in the VCP account will be converted into a VCP Annuity. Remember that the annuity is the default choice for all VCP accounts. At first glance this might seem like a nice way of increasing your guaranteed retirement income alongside your CSRS pension, but unfortunately the VCP annuity has different rules.

For starters, there is no Cost of Living Adjustment (COLA), ever. This is a big disadvantage to when it could otherwise be growing tax-free in a Roth IRA account. Also, the survivor options are quite limited. You can elect to have a survivor benefit as you would any other annuity (and accept the reduction in annuity benefit) 30 days after retirement, and once that window closes, you are not allowed to make any changes. Believe it or not, even if the survivor you selected passes away before you, you cannot name a new survivor, and you still have the survivor benefit’s cost taken out each month.

While the VCP program may sound like a simple strategy to implement, it’s rules and procedures make it more complicated than first glance would indicate. If you are considering participating in a Voluntary Contribution Plan, or currently contribute to one, it would be beneficial to have a conversation with your financial advisor to determine how this may affect your overall retirement plan. Most importantly, given the uncertainty in Washington regarding this tax strategy, you may want to act soon!

Click here for a free download of the Foreword (written by NFL Legend Ronnie Lott) and Chapter 1 of The Art of Retirement written by Gary Williams, CFP®. 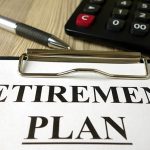 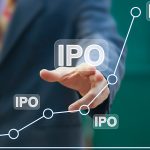